To provide educational, recreational, and inspirational opportunities through the conservation of our natural environment in Augusta, ME.

Viles Arboretum strives to be an exceptional natural environment in Maine's Capital city - a community space featuring diverse habitats which provide opportunities for recreation, exploring, and learning about nature. 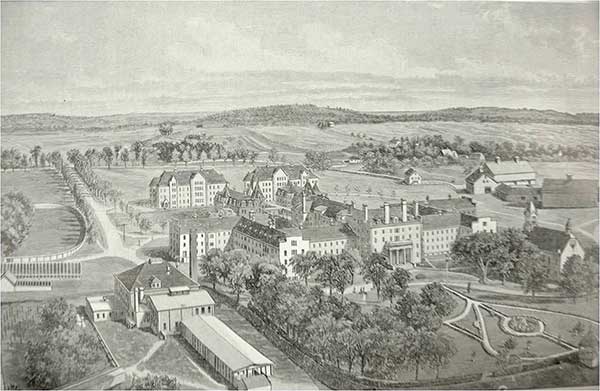 The Arboretum is currently composed of 224 acres of land with a long history of agricultural use. In the early 1800s, this area was owned by several neighboring farms.

From 1835 to 1905, the State Hospital (now Riverview Psychiatric Center) purchased and consolidated these farms. For more than a century, the hospital farm provided crops and livestock as well as occupational therapy and exercise for hospital patients . During the 1890s it was considered desirable for patients to benefit from being outdoors and involved in farming activities. Agricultural labor was used as a means of occupational therapy for the patients during this time.

The history of the old State Hospital Farm can be seen throughout the 224 acres which now make up Viles Arboretum. At the top of the Hosta Collection trail, you can see the valve station used for controlling water flow from the earthen cistern (now the pavilion) to the hospital below. The granite quarry just beyond the Rock Garden is one of the areas where granite was cut from a quarry deposit and used for various projects including foundations. A network of ponds, canals and other earthen structures previously used by the Hospital Farm can also be observed at various locations on the Arboretum property.

Relics of a Working Farm 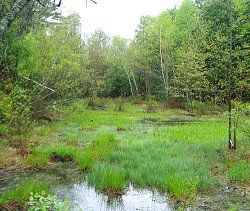 In 1843, the hospital purchased a spring of water, obtained rights of way from neighbors, and constructed an aqueduct of about a mile of 1-1/2 inch lead pipe.

The vernal pool south of the present Apple Orchard seems to have been the location of this first spring, which later became known as the East Fountain. Continuing problems prompted the farm to remove the pipe and relocate the aqueduct trench to a better descending grade in 1852.

Additional efforts included the installation of a three-inch iron pipe in 1856 to improve the flow of water. Finally, in 1876, when the water supply continued to prove inadequate, a new waterworks system was built.

The new waterworks consisted of an impounding reservoir (near the Piggery Road) and the "Granite Hill Reservoir" (now the Outdoor Education Center). The impounding reservoir received water from several living springs and drainage from nearly a hundred acres. A steam operated pump lifted the water up to the Cistern, a 100-foot-square reservoir lined with clay and bricks. 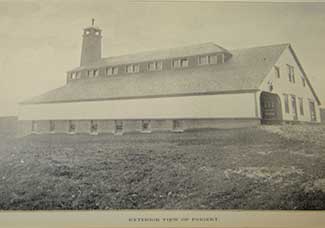 The Piggery was a large three-story barn. For a number of years, the sale of pure bred pigs was a lucrative source of income for the farm. The Piggery burned down and was immediately rebuilt in 1904. After it burned again in 1944, the raising of pigs was discontinued.

A slaughterhouse and rendering plant were located near the Piggery. Also near the Piggery was a small granite quarry where a stone crusher was installed. The crusher provided materials for building roads, walks, driveways, floors, and foundations for the institution. In later years, the quarry was used as a dump and was eventually filled in. 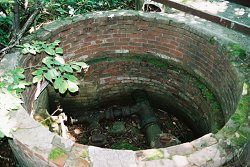 In the late 1800s, the trustees of the hospital boasted of having the best waterworks of any similar institution in the country, but droughts were still a problem. In 1880, a third reservoir was built by damming the ravine between the other two, creating what is now Viles Pond. Water also was occasionally taken from the Kennebec River when other supplies ran low.

The farm land on the east side of Hospital Street continued to be used by the hospital for dairy, pigs, poultry, and produce until 1972 .

From Farm to Arboretum

In 1981, the Maine Forest Service began development of the Arboretum. Trees were planted, fences built, and trails were established. In 1982, an independent non-profit corporation was formed, and in 1990 the Visitors Center was built. During these early years, Elsie &William; Viles, philanthropists from Augusta, Maine organized a group of friends and interested individuals to lead the way forward. Elsie and William also provided significant financial support to move this "project" forward. Originally called the Pine Tree State Arboretum, the name was changed in 2010 to honor William Payson Viles (1986) and Elsie Pike Viles (2013). 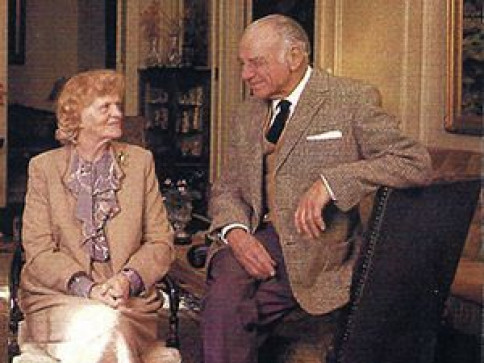